The research topics discussed in the MaML lab are numerous and eclectic, but generally revolve around music cognition and learning. Some of the specific areas of focus include:

Communicating emotion in music: The role of acoustical and visual cues in vocal performance

Music’s ability to express emotional intent and elicit emotional responses among listeners has been a topic of scholarly inquiry since the beginnings of Western civilization and the philosophical writings of the ancient Greeks (Bowman, 1998). However, how music is able to facilitate such effects and the psychological mechanisms through which they occur has been difficult to ascertain. Fortunately, systematic investigations of expressive musical performance have become quite common over the past three decades (see Gabrielsson, 1999; Juslin & Laukka, 2003; Juslin & Timmers, 2010). Juslin and Lindström (2016) define musical expression as “a particular set of perceptual qualities that reflect psychophysical relationships between ‘objective’ properties of music and ‘subjective’ impressions of the listener” (p. 599). Previous research in expressive performance suggests that musicians modulate a predictable set of acoustic cues to convey distinct emotions (Juslin & Laukka, 2003). Primary cues include fundamental frequency, tempo, timing, intensity, timbre, vibrato, attack, and articulation (Juslin & Timmers, 2010). However, it is important to recognize that musicians also communicate expressive intentions through visual information channels with movements of their instruments (Davidson, 1993; 2012), movements of their bodies (Adachi & Trehub, 1998), and their facial expressions (Livingstone, Thompson, Wanderly, & Palmer, 2015). In fact, a meta-analysis of 15 studies of the appreciation of music performance revealed that observers prefer audio-visual presentations of music substantially more (i.e., a medium effect size) than audio-only presentations (Platz & Kopiez, 2012).

We are currently working on two studies of how singers communicate emotion in music performance. The first deals with the acoustic attributes of performances intended to communicate happy, sad, angry, and tender emotional qualities as well the effect of a mindfulness induction on their performance. The second is an ongoing study of the facial expressions of the singers and the degree to which emotional mimicry occurs among observers under visual-only, audio-only, or audio-visual combined observation conditions. The findings from this research have the potential to impact social-psychological theories of emotional communication and social bonding as well as practical approaches to musical expression through vocal performance. 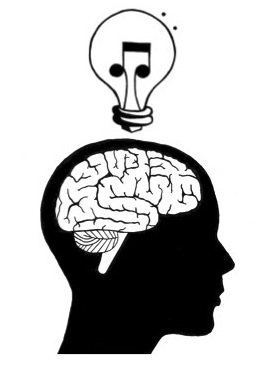